Welcome to the Edgewood Wiki!

The founding residents, all single adults, were selected by Sim City to populate the new territory and multiply. Edgewood is played similarly to a build-a-city challenge, but with slightly different rules.

Edgewood is a custom Sims 2 neighborhood created by PleasantSims (aka Cindy). The story of the neighborhood is told through her live streams. Edgewood was originally created on a custom map shared on pleasantsims.com in November 2019. The map was later changed to Channelwood by simsample on Mod the Sims using Mootilda's hood replace tool.

The original homes and buildings used in Edgewood were built by Plasticbox, but Pleasant Sims is in the process of rebuilding all the lots herself as of November 2020. The Bespoke build set by Honeywell is being used on all the buildings to achieve a unified, modern suburban look.

Cindy utilizes the Pooklet Method in creating her sims. After randomizing the initial sim in Body Shop, she will use the 1st Generator and 2nd Generator to make a unique sim. For more information, check out her video from the debut of Edgewood's creation 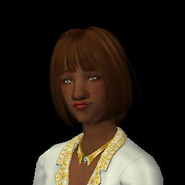 Need help building out this community?

We're a collaborative community website about Edgewood that anyone, including you, can build and expand. Wikis like this one depend on readers getting involved and adding content. Click the "ADD NEW PAGE" or "EDIT" button at the top of any page to get started!

Community content is available under CC-BY-SA unless otherwise noted.
Advertisement